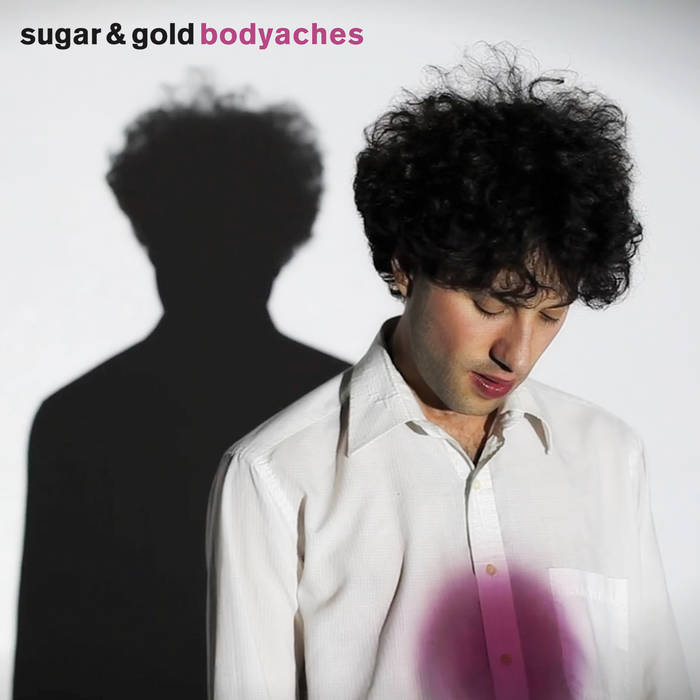 Following nearly two years of non-stop touring and recording, Sugar & Gold released their sophomore LP, Get Wet! in 2010. Get Wet! saw the band expand their musical palette to incorporate elements of electro, new wave psychedelia, and german minimalism, woven together in a framework of transcendent modern pop.

The Bodyaches EP features two brand new Sugar & Gold tracks (the falsettofunk of Versatile Reciever and the atmospheric Medellin Moonlight) as well as a collection of Get Wet! cuts, remixed by a team as eclectic as the album itself. The electro funk banger Sneek Freq is given a laid back dub reduction by Sorcerer (Tirk Records, AKA Dan Judd of Rubies and Call & Response) while All Over You gets an arpeggiated pop remix courtesy of S&G tourmates Yip Deceiver (led by Davey X, bass player for of Montreal). Retro-futurist Loose Shus (Plant Records) brings the drama in a driving, bass heavy remix of Bodyaches, and Salty Seraphim is given a half-tempo, darkwave makeover by Maus Haus, one of San Francisco’s most popular live acts. The EP is rounded out by a pounding house mix of Feels Like Fire by Birmingham newcomer Nastique (AKA Dani Deluna, Kids Got The Disco).

Bandcamp Daily  your guide to the world of Bandcamp